Skip to content
Good Evening all, it is with sadness to alert you all to another loss.  Please keep family and friends in your prayers and thoughts.  I was alerted by Richard Cramer, 981st 70-71 about Bob’s passing.  There are two passages, one the local obituary and a personal note from Richard about Bob. 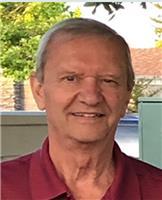 Robert “Bob” Dickmeyer, 69, of Roseville, Calif., passed away July 6, 2018 after a courageous battle with cancer. Bob was born November 8, 1948 to Herbert and Ruth (Rodekohr) Dickmeyer. Bob graduated from Battle Creek High School and was a Vietnam War veteran. Bob moved to California where he met and married his best friend, and a “California girl”, Debra.Although Bob lived his life out in California, he never stopped living from the true roots of his Husker blood. Raising and teaching his family to love the Lord, work hard, don’t complain, and root on the Big Red every Saturday.Bob is survived by Debra and sons Justin (Rachel) and Jason (Melissa), grandchildren Violet, Landon, Annabelle, Primrose, and Kailey. Mother, Ruth, of Battle Creek, brother, Jim (Marlys) of Palm City, Fla., sister, Jan Smith (Randy) of Lincoln and several nieces and nephews. Bob was preceded in death by his father and grandparents.Please sign the guest book at theloomisnews.com.
Published in Auburn Journal on July 13, 2018

Robert (Bob) Dickmeyer passed away July 6th 2018, 981st 70-71. Bob and I have been good friends since we meant on the flight from Fort Lewis to Fort Gordon to MP School in 1969. While in the Army we did everything together, after Nam we stayed in contact. He with his wife Debra had two sons and 5 grandkids. Obituary is on Loomis News. He will be missed.