I first met John in Lackland where we did AIT Sentry Dog training. He graduated MP school in Fort Gordon a cycle earlier than me and went back to New Jersey to bring his wife and sister-in-law with him to San Antonio. He had the Jersey accent (although not over the top) and a dry sense of humor. We became fast friends and many evenings and weekends I spent with them. What I remember most about John was his unusual way of walking, landing first on the toe, rather than heel, and rolling forward from there. I had never seen it before, nor have I seen it since. It still makes me grin. He also had that Nordic look of rugged features and a shock of dark blond hair. His dog was King, a nasty shepherd who could not be trusted, even by John (picture of John and King attached). I recall during off leash attack training one of the marines, Werkheiser, was in full burlap suit and upon release King took off like a bullet and hit the guy so hard he was knocked to the ground and ended up with a dozen stitches in his face from dog bite. The marine’s first battle scars…LoL.

In early April we flew with the dogs in the hold of a C-141 from Kelly AFB to Cam Ranh for duty. After a few months, the family was in dire straits in San Antonio and John applied for a compassionate transfer which was granted and he finished his tour at Fort Sam Houston. Awhile after my ETS I got married to the sister-in-law…LoL again! A couple of years after that John and wife got divorced (they never had children) and I inherited their dog, a Malamute. John joined the Peace Corps and served in Indonesia. (picture attached) He told an interesting story of one moonlit night he felt the urge to go for a walk, and the moonlight on his blond hair as he walked down the street spooked the villagers and the next morning it was deserted and took a few days to get everyone to understand that it was not a ghost. He enjoyed being out in the less inhabited areas and wilderness.

After returning once again to the U.S., he got a job with the Idaho Fish and Wildlife Department where he worked until retirement. (another picture) Since the time I first met him, he smoked like a chimney, and that is what did him in, as he contracted cancer and died at his home in Nampa, Idaho. 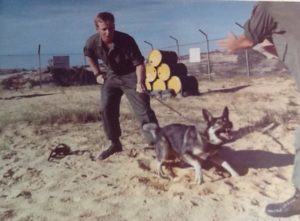 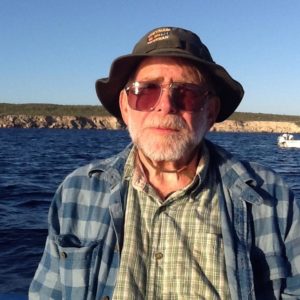