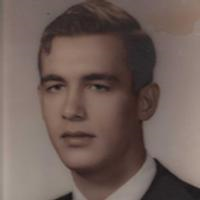 Ronnie Dean Flippin, age 66, of Urbana, Missouri, passed away Wednesday morning, January 28, 2015, at the Harry S. Truman Memorial Veterans Hospital, Columbia, Missouri.
He was born in Warsaw, Missouri, on January 5, 1949, the son of Frank & Jean (Palmer) Flippin and Darrell & Dorris (Treese) Brown.
He grew up in Benton County, graduating from Warsaw High School, and served in the United States Army as a Military Police Canine Handler in Vietnam. After his military service, he received degrees in Criminal Justice and Fire Science from Central Missouri State University, Warrensburg. He completed the Missouri State Highway Patrol Training Academy, and served many departments including: Kansas City Major Case Squad; Police Chief of Holden and Cole Camp, Missouri; and Deputy in Hickory and Benton counties, among others. He was also certified as a Firefighter and Paramedic and served the Gladstone Public Safety Department in all three capacities. He was an EMT Instructor for Kansas University, and worked for the City of Springfield Fire Department, from which he retired. After training in computer systems, he went to work for Smurfit-Stone Container as a Regional Procurement Manager where he was recognized for reducing costs in his division by over 2 million dollars.
Ronnie was a drummer, playing in various bands since he was a teenager. He met his wife Shirley when they worked together at the Pomme de Terre Opry. They later formed their own band, Country Sunshine, playing for shows, dances and benefits all over the area. He also worked with Shirley at KBFL Radio, Buffalo, including announcing Bison basketball games.
Ronnie was preceded in death by his parents; and two brothers, Gary Brown and Ricky Brown.
He is survived by his wife of 28 years Shirley, daughter Roxie, & son Ross, all of Urbana; children Michael, Cheri, and Kenny; several grandchildren; two brothers, Michael Brown and Dennis Brown; mother-in-law Helen Turner of Long Lane, numerous cousins, and many friends.
Memorial services with military honors will be held at 11:00 a.m. Saturday, February 7, 2015 at the Reser Funeral Home in Warsaw, Missouri. Burial will be held at the Bethel Campground Cemetery in Edwards, Missouri at a later date.
In lieu of flowers, an account has been set up at O’Bannon Bank, Buffalo, Missouri, for his childrens’ education costs.